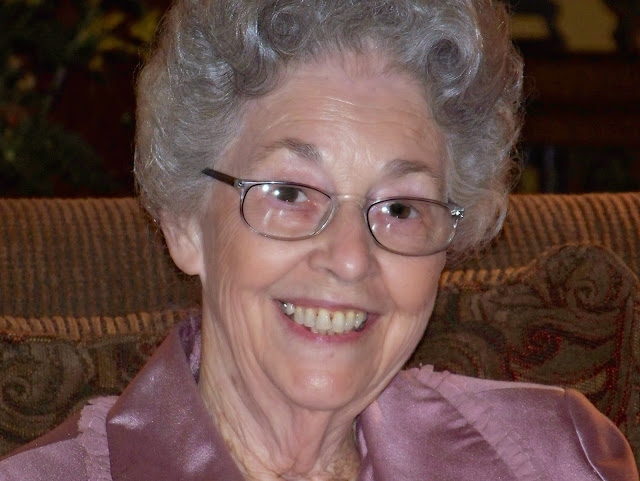 What is it that makes it that way?  Is there part of the umbilical cord connection that never really gets cut?  That keeps us tied from heart to heart?

It was just after my third birthday.  I know you think I can't remember that, but I do.  We had just moved to Lake Charles and were living in a white frame rental.  I have a memory of my dad coming home from lunch and me getting stung by a bee as I was telling him goodbye.  Mom scooped me up and smiled at Daddy and said, "It's okay, go on back so you won't be late.  I will take care of her.  She will be okay."  She kissed me and put baking soda on the sting.  And gave me a popsicle and all was well. 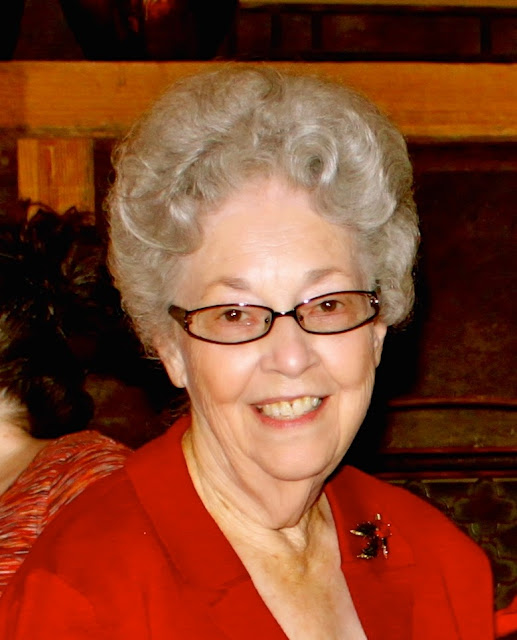 Waking up at 5 years old in the car on I-10 headed to her parents' house and her looking over and smiling so gently with such joy at me . . . the tears in her eyes as she walked away from the first-grade classroom on that first, scary day ever leaving me with strangers . . . her swollen face as she was one of the first in line to pick me up after school that day . . . sitting on the kitchen counter beside the bowl as she mixed the dough . . . the bewilderment of why she was so sick when I was seven . . . and the joy of the baby brother that came as a result of her sickness . . .

The time in second grade I got an "F" because the teacher didn't see my raised hand and didn't answer my question.  I got "sick" and needed to check out.  When I got in the car, she took one look at me and said, "You aren't sick.  What has happened?"  After a strawberry Icee and a hug, she took me back to school and had a talk with the teacher.

Oh, the pain of the turbulent teen years!  The lights would be off, the rest of the family in bed.  I would open the door quietly and slip in...but she was usually sitting there on the couch, in the dark, waiting...  "How did it go?"  Sometimes she would be joyful with me.  Sometimes she would hold me as I cried.

Neither of us were ever fond of the morning.  We would get up--because you have to get up in the morning to live through the day.  But you don't have to be chirpy about it.  So, we would pass each other as the preparation for the day began and would make a noise somewhat like "ughgnn."  It was our loving greeting.

And she just always seemed to know.

The first meeting and first date with Terry...on a Saturday night...and Sunday spent together...and Monday morning, she said, "Well, how did it go?"  Before I answered, she knew.  I told her that morning I would marry him.  And got the feeling it was no surprise to her. 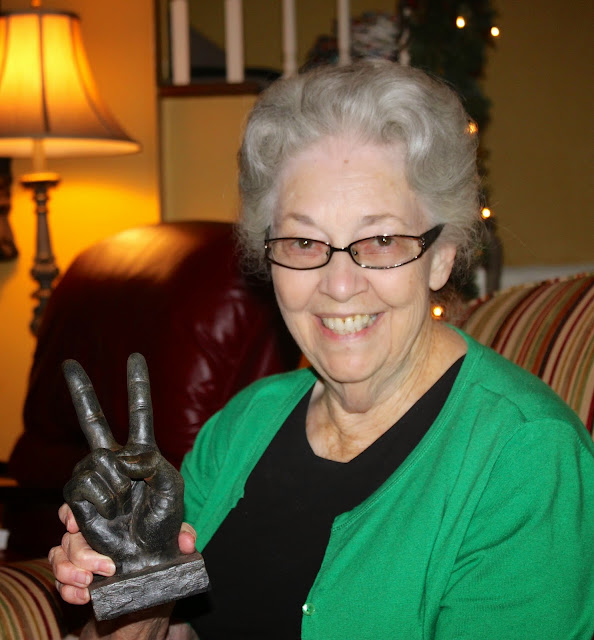 That day standing in the kitchen.  I'm making tea and she is cooking.  Just a normal autumn day...nothing special...and she looks at me and says, "Are you pregnant?"  And I say "How in the world did you know?"  And with a little smile she says, "I just knew."

The day in the surgery waiting room when the insensitive doctor with the British accent said, "Tis cancer. Tis spread. Six to nine months. Any questions?"  And her face went chalk white and froze with the look of horror that is burned into my memory and I knew I lost part of her that day and would lose more when her soulmate and my father slipped skyward eight months later.  She retreated from us after that.  She did her best to be present, but a huge part of her died with him.  Except that mother part that was eternally connected to the hearts of her girl and her boy - and the grand girl and the boy of the next generation. 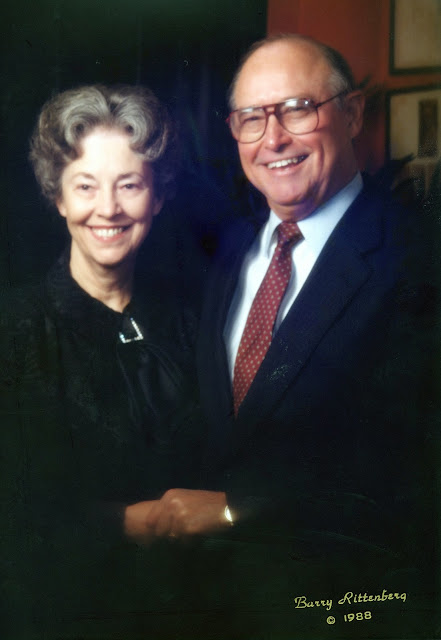 The years that followed were different in ways, but the constant intuition that was always part of her psyche was still very much alive.  The phone calls...my brief "hello" would tell her something was amiss..."What's wrong?" "Nothing, why?"  "Yes, there is.  I can tell.  You're my daughter.  I just know."

And now.  Even now.  She still knows.

We are living in the fifth year that dementia has claimed her short-term memory.  I don't tell her sad news anymore because she gets just enough to know she heard something bad and five minutes later I have to repeat it again.  Repeating sad news over and over can become overwhelming, so most of the time, I just don't share it. 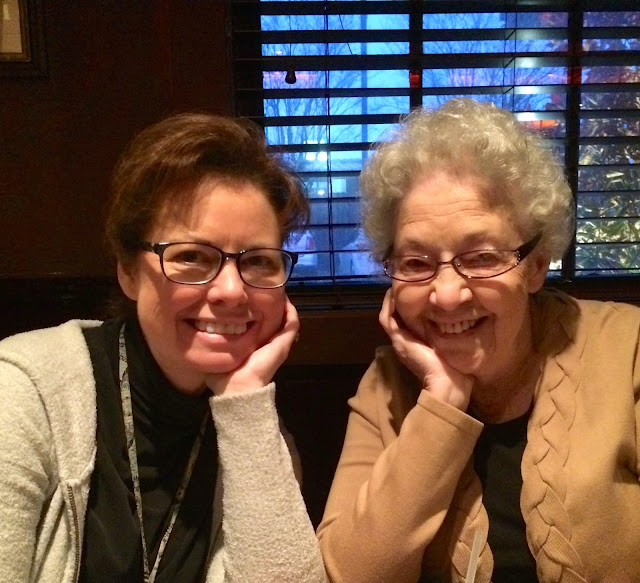 Except when she asks.

How do you know that, Mom?  You have dementia now.  Your short-term memory is gone.  If I told you what was wrong, in five minutes you will have forgotten it again.

But guess what, Mom?  The fact that you just always seem to know is really all I need.  I will continue to lay my head on your shoulder and cry and you won't remember what I'm crying about, but it's not your head knowledge that matters to me so much anymore...it's the heart awareness that reaches out and wraps me up and forgets that it's a middle-aged body she is embracing and I am once again the little three-year-old with the bee sting.  And that's all I need.

You are still teaching me how to love and be loved.

Even though your mind is betraying you, your intuition and spirit are not.

I celebrate the fact that dementia can take your memory, but it can't cut the cord that binds our hearts.

I celebrate the fact that you still just always seem to know. 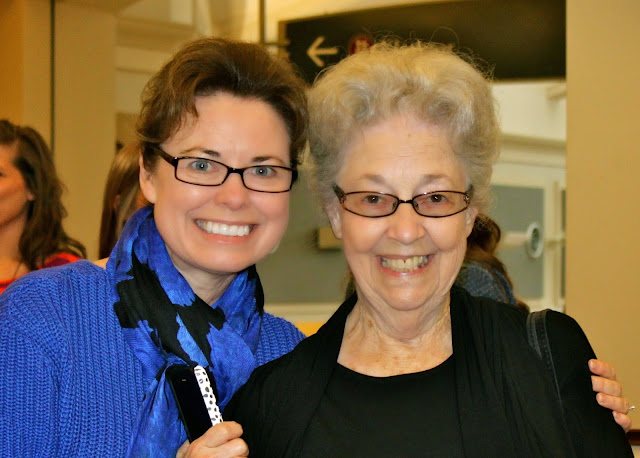 (originally published as a blog post tribute to my mom, Beverly Smith Brady, on Mother's Day, 2015)